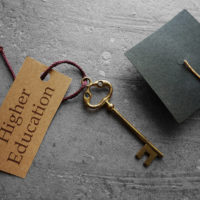 New York’s state legislature recently passed a law which would provide state-funded educational benefits for undocumented children. The “José Peralta New York State DREAM Act” (Dream Act) flies directly in the face of the hardline federal immigration policies implemented under the Trump administration, many of which we have previously discussed. New York’s new law is a welcome change of pace from federal administration policies aimed at curbing immigration, both legal and illegal, and punishing immigrants in draconian fashion. Continue reading for details about the new law and its potential implications, and contact a seasoned Queens immigration attorney for help in your immigration case.

New York’s Dream Act, S. 1250, establishes a “Dream Fund Commission” dedicated to “advancing the educational opportunities of the children of immigrants.” The Commission, made up of members appointed by a combination of the State Senate, the Assembly, and the Governor, is tasked with raising higher education scholarship funds for children of immigrants, whether documented or otherwise. While the scholarship funds are meant to be raised from private donors rather than from state tax dollars, the Dream Act also provides for state financial aid for lawful residents as well as applicants “without lawful immigration status.”

The bill will affect an estimated 146,000 young people who attended New York public schools but have thus far been ineligible for financial aid under federal and state law. The bill has passed both the State Senate and Assembly but has yet to be signed by Governor Cuomo. Similar laws have been passed in California, Texas, New Mexico, Washington, Oregon, and Minnesota, offering state-funded financial aid to undocumented students.

The Dream Act is one in a series of laws proposed by the newly-installed New York State legislature, whose composure changed significantly in the recent election. The State Senate has begun reviewing a law that would provide driver’s licenses for undocumented immigrants. Assemblyman Victor Pichardo (D-Bronx) stated that “It’s not a matter of if, it’s a matter of when,” and pledged that 2019 would be the year for driver’s licenses for all, regardless of immigration status. Governor Cuomo has stated his support for the bill via his spokesman. At this time, S. 8680 is still in the Senate Transportation Committee and has yet to be passed. Members of the newly composed legislature have also pledged to reduce maximum jail sentences for certain misdemeanors that could otherwise lead to deportation.

If you have questions or concerns about your citizenship or visa status, contact the dedicated and experienced Queens immigration lawyers at Gladstein & Messinger at 718-793-7800 or toll-free at 800-339-0535.