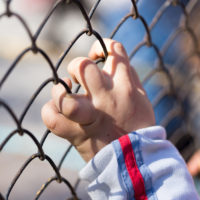 With all of the outrage over families being separated at the border and children being warehoused and locked in cages, a recent move by the Trump Administration flew mostly under the radar: The U.S. Citizenship and Immigration Service (USCIS) formed a task force to seek out and identify individuals who have lied on their citizenship applications and denaturalize them.

According to USCIS Director L. Francis Cissna in an interview with Associated Press, USCIS is hiring dozens of lawyers and immigration officers to look for immigrants who “should not have been naturalized in the first place”–for example, immigrants who were previously ordered deported but later used fake identities to get green cards and citizenship through naturalization. This move does not represent a change in the law, but rather in focus: Up to this point, the agency would only address such cases if they happened upon them. Now, the USCIS will have a dedicated investigative force looking for these cases.

Any discovered cases of fake identifies would be referred to the Department of Justice for denaturalization or possible criminal prosecution for fraud. Director Cissna anticipates there may be “potentially a few thousand cases” of citizens who will accordingly have their statuses revoked. Cissna and USCIS spokesman Michael Bars claim that the aim is to find people who purposefully lied on citizenship applications, rather than those who made accidental mistakes, but it can be a difficult line to draw.

An article in The New Yorker discusses how broad or difficult questions in the applications could be used against otherwise lawful citizens: For example, Question 26 on the green-card application asks “Have you EVER committed a crime of any kind (even if you were not arrested, cited, charged with, or tried for that crime)?” Many countries outlaw same-sex sexual activity, or holding certain political or religious beliefs. Because the question does not clarify whether “crimes” outside of the U.S. count, any number of well-meaning citizens, in the U.S. lawfully for years, could technically face denaturalization and deportation.

Critics of the task force point out that denaturalization has historically been very rare; naturalized citizens have to have been in the United States for years and jump through numerous legal hoops including entry, legal permanent residency, and finally citizenship. The point of the law is to treat naturalized citizens as indistinguishable from born citizens. This new task force represents a focus on treating naturalized citizens as different and suspect, in line with the Trump Administration’s general effort to curb even legal immigration.

If you have questions or concerns about your citizenship status, contact the compassionate and knowledgeable Queens immigration lawyers at Gladstein & Messinger at 718-793-7800 or toll-free at 800-339-0535.