What Are the Consequences for Making False Claims to Citizenship? 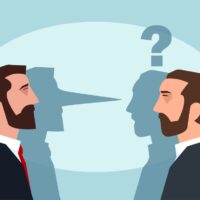 Citizenship offers numerous advantages to immigrants, including even immigrants with lawful permanent residence. Obtaining citizenship requires going through a legal process after an eligible immigrant has spent years in the country. It may be tempting to attempt to bypass the legal process by lying about your current citizenship status on important forms or documents. This choice can have serious, even fatal, consequences for future attempts to gain citizenship in the United States. Learn more below about the consequences of making a false claim of citizenship, and speak with a New York immigration lawyer with any additional questions.


The Immigration and Naturalization Act (INA) states that an applicant for naturalization will be considered inadmissible for citizenship, and eligible for deportation, for making a false claim of citizenship for any purpose or benefit available under the INA or other federal or state laws. The law states that an applicant can be considered inadmissible and deportable where:

As of April 24, 2020, however, the US Citizenship and Immigration Services (USCIS) updated its policy manual to state that the false claim of citizenship need not be a “willful misrepresentation” (i.e., an intentional lie) to result in a denial of an application of naturalization, or even a referral to an immigration court for potential deportation. In other words, an applicant who thought he or she was a citizen when he or she indicated as much on an official document could still be removed from the country for lying about citizenship status.

When could a false claim of citizenship result in deportation?

There are many occasions where a lie about official citizenship status could have serious legal consequences, and sometimes these lies can occur unintentionally if the applicant is not careful or is not fluent in English. In short, when a false claim of citizenship is made in order to become eligible for a benefit under state or federal law, that false claim could prevent the person who made it from ever becoming a US citizen or from remaining in the US.

One common occasion where noncitizens make false claims of citizenship is on job applications or I-9 forms, which are for employment eligibility verification. Even if a job applicant has a legal right to work in the US other than citizenship, such as a green card, lying and saying that the applicant is a citizen can result in inadmissibility.

Voting registration forms are another case where individuals may face major consequences for falsely claiming citizenship. In some cases, an individual might believe they’re merely signing a petition when in fact they are signing a voter registration form, or they may have been falsely informed that they are eligible to vote when they are not.

Other common circumstances where applicants lie about their citizenship status are on federal student loan applications, passport applications, or other applications for benefits that are only open to US citizens.

There are very few exceptions to the rule rendering applicants inadmissible after they’ve lied about their citizenship status. Even marrying a US citizen will not undo the harm done by falsely claiming US citizenship, and a false claim of citizenship cannot be waived by a US immigration court. However, certain exceptions exist that can prevent inadmissibility or deportation, making it critical that you consult with a Queens immigration attorney to determine your best options if you or a loved one has made a false claim of citizenship and wishes to apply for naturalization. Some exceptions include:

If you are applying for US citizenship in New York and want seasoned legal guidance to help ensure your application is successful, speak to the skilled and effective Queens immigration lawyers at Gladstein & Messinger for a consultation on your case.