U Visa Petitions from Crime Victims Continue to Rise 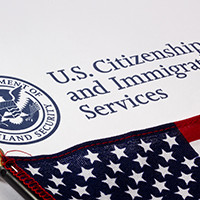 Immigrants are often easy targets for criminal abuse. Many have limited English-language skills and are unfamiliar with the American legal system or how to report crime to the police. Often they are reliant on their abuser who may be their primary link to American life. For undocumented immigrants, the situation is even worse, since they fear that coming forward to report crime will cause them to be deported. This unpleasant state of affairs applies to victims of crime and domestic violence as well as undocumented workers who are exploited or abused in the workplace but are scared to report their employer to authorities for fear of retribution.

Back in 2000, Congress created the U-visa for crime victims as part of the Victims of Trafficking and Violence Protection Act. Seven years later, the United States Citizenship & Immigration Services (USCIS) issued final regulations for the visa, and the first visas were approved in 2009. That year, 6,835 petitions were received, a number well under the 10,000 annual cap for U-visas established in the law. The very next year, however, a little over 10,000 petitions were received.

Like other visa applications, applications for U-Visas are processed in the order in which they are filed. There are so many applications currently waiting to be processed that USCIS is not even looking at any applications filed after 2013. Even people who have been approved for a visa may still not receive one in that year (or the next) because the annual cap has been exceeded.

Getting to approval isn’t easy, either. In order to be approved for a U visa, you must file a petition for U nonimmigrant status and certify that you were the victim of a covered crime and that you have helped the police or will be able to provide information that is helpful in a criminal investigation to prosecute the suspect. If you are otherwise inadmissible, you must also petition for a waiver of the grounds of inadmissibility, and if you are outside the U.S., then you will need to go through consular processing as well. If successful, you may be able to gain protection for other family members as well, either on your own petition or through a derivative visa.

This law remains controversial and has many opponents in the legislature and throughout the country. Some area immigration offices are very slow to process these applications, believing people are using the U-visa process to bypass the appropriate avenue they should be using. Proponents of the law want it expanded. A bill in the previous legislative session, Senate Bill 744, would have increased the annual cap from 10,000 to 18,000, with up to 3,000 visas set aside for victims of labor exploitation. That bill passed the Senate in June 2013 but has been languishing in the House Committee on the Judiciary for months.

If you are an immigrant who has been abused, exploited or otherwise victimized and don’t know where to turn, contact Gladstein & Messinger in New York City for a confidential, no-cost consultation.