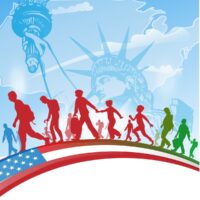 Immigration advocates have faced blessed little good news for the past four and a half years. With the new federal administration, however, and with a new Democratic Congress, there is hope for the future. President Biden has announced his intention to pursue comprehensive immigration reform, including a significant revival of the Deferred Action for Childhood Arrivals (DACA) program. Many of his proposed reforms can be accomplished by way of executive order, without fear of failing to get through Congress. The President has already made good on some of these promises with executive orders issued during his first week in office. Read on to learn about the DACA reforms under the new federal administration. Call a dedicated New York immigration lawyer for help with deportation defense, green card, citizenship, visa, or other immigration status issues.

On President Biden’s first day in office, he signed five executive orders relating to immigration. The orders were largely in response to the former administration’s efforts to curb legal immigration and institute a general closed-door policy, especially with regard to certain categories of people and their home countries.

First, President Biden issued an order calling for the U.S. Department of Homeland Security (DHS) to preserve and fortify DACA in line with the guidance issued by former President Obama in 2012. The order grants DACA recipients immediate permanent residency, allowing them to apply for citizenship within three years. The order reaffirms that DHS should accept first-time and renewal requests for deferred action, extend deferred action and employment authorization for current recipients, and otherwise apply DACA as originally intended.

The President also signed an order rescinding the former administration’s ban on travel and immigration to the United States from certain Muslim-majority counties, including Syria, Iran, Iraq, Sudan, Libya, Somalia and Yemen, before adding Eritrea, Nigeria, Myanmar, Kyrgyzstan, and Tanzania. Immigrants migrating from those countries now have the same pathway to visas, employment opportunities, and citizenship as folks from other countries.

President Biden’s other executive orders relate to the reallocation of funds and certain enforcement initiatives. Deferred action departure for Liberians has been reinstated, allowing certain Liberian nationals to continue in employment-authorized status. Funds previously allocated to the U.S.-Mexico wall construction are now being redirected for better purposes. Additionally, President Biden has repealed enhanced immigration enforcement initiatives established by the previous administration. The repeal will limit the purview of immigration enforcement, affect the number of ICE agents to be engaged, and reduce immigration penalties. President Biden also called for all federal agencies to halt the implementation of any federal rules that have not yet taken effect, which includes pending rules affecting immigration.

The President’s agenda includes additional proposed reforms that must make their way through Congress. Some of the aspects of the proposed legislation that have been made public include expedited or immediate pathways to citizenship for DACA recipients and others, eligibility for undocumented immigrants to obtain green cards, increases on the limits per country for family-based immigration, elimination of country-based limits for employment-based immigration, and other efforts to promote legal immigration and reduce ineffective and offensive enforcement policies. These various provisions will need to be passed by Congress to go into effect.

If you are seeking asylum, protected status, citizenship or permanent residence status for yourself or a loved one, or if you are facing any issues with your immigration status, contact the experienced and compassionate Queens immigration lawyers at Gladstein & Messinger at 718-793-7800 or toll-free at 800-339-0535.