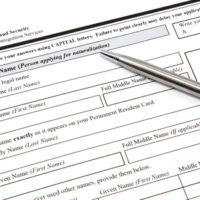 New York Gov. Andrew Cuomo has recently launched a new initiative intended to ease the path to citizenship for certain New York residents to become citizens of the United States. The “NaturalizeNY” program will offer assistance with application fees for 2,000 eligible individuals.

The NaturalizeNY program is a collaboration between several state offices, New York universities, several foundations, and the New York Daily News. The program will offer eligibility screenings, assistance with naturalization applications, and help preparing for the naturalization exam. Additionally, NaturalizeNY has gathered over $120 million in funds which will be used to pay the naturalization fees for 2,000 individuals, selected in a lottery from among those who apply to the program. In order to qualify for the NaturalizeNY fee waiver lottery, applicants must have a household income of between $30,240 and $60,480, and must hold a green card and be otherwise eligible to apply for U.S. citizenship.

According to the U.S. Census Bureau, 31.7% of all New York City residents were born outside the U.S. About 915,000 New York State residents hold green cards, and 654,720 of those are in New York City. While many legal permanent residents would like to become citizens, they are unable to afford the application fees to do so. The federal government offers fee waivers for low income applicants, but the income requirements are extremely restrictive. To give an example, someone making $30,000 a year wouldn’t qualify for a fee waiver, despite the fact that it would require a week’s pay to apply for citizenship. The governor’s office estimates that, were all New York City immigrants to become citizens, the city would take in an increased tax revenue of $789 million. The benefits do not flow only to the government, however. On average, individuals who become citizens see an earnings increase of nearly 9%.

If you are in need of assistance in applying for a permanent resident visa, U.S. citizenship, or a temporary work visa, seek out experienced and knowledgeable legal assistance to ensure that your application has the best possible chance of success; contact the Queens immigration law firm Gladstein & Messinger for a consultation on your application, at 718-793-7800.