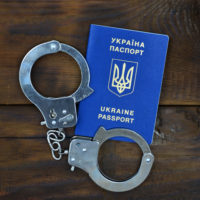 The Supreme Judicial Court of Massachusetts has recently ruled that state police officers cannot arrest someone who is suspected only of being in the United States illegally. The court ruled that there was no state law permitting Massachusetts officers to hold someone in police custody “solely on the basis of a federal civil immigration detainer” if that person would otherwise be free to go. While the ruling only governs the behavior of police officers in the state of Massachusetts, the ruling could prove influential in other states.

The ruling came in the case of 32-year-old Sreynuon Lunn, a man born to Cambodian parents who lived in Massachusetts. Lunn was born in a Thai refugee camp after his parents fled to Thailand to escape the Khmer Rouge in Cambodia. He was brought to the US at seven months old and received lawful permanent resident status at that time. He is now the father of two, both of whom were born in the US. After he was convicted of an aggravated felony, US immigration officials attempted to deport him in 2009. However, neither Cambodia nor Thailand would grant him citizenship, and he has continued living in the US.

Lunn was most recently in court in October of 2016 to be arraigned on a charge of unarmed robbery. The robbery charges were dismissed, which should have led to Lunn’s release, but the US Department of Homeland Security issued a civil immigration detainer requesting that Lunn be held until federal authorities could investigate his immigration status. Hours later, Lunn was taken into federal custody. He was later released after his attorneys contested the detention as being unconstitutional. Lunn remains free, living in the US.

The Massachusetts court determined that Lunn’s release was proper. The court based its ruling in part on a decision by the US Supreme Court which found that an individual staying in the US when subject to deportation has committed a civil, rather than criminal, offense. Civil offenses are not punishable with jail time like criminal offenses are. Massachusetts is the first state whose highest court has ruled that state police are not legally permitted to hold someone in response to a request from federal agents when that person is not accused of a federal crime. That said, a growing number of states—often those which host one or more “sanctuary cities”—have limited those who can be held in a state-run jail upon the request of federal authorities. New York City has continually reaffirmed its commitment to remaining a sanctuary city and doing all it can to protect its non-citizen residents.

If you are a New York resident in need of assistance with an application for a visa or lawful permanent residence, or if you are facing deportation or removal, contact the knowledgeable and committed Queens immigration attorneys at Gladstein & Messinger for a consultation, at 718-793-7800.