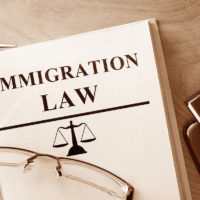 Continuing its trend of aggressively pursuing immigration cases and limiting any procedures that benefit potential deportees, the U.S. Department of Justice recently issued an order limiting the authority of immigration judges to put matters on hold, which may lead to the reopening of thousands of deportation matters that were effectively closed. Read about the new directive below, and contact an experienced immigration attorney for help with any potential or pending deportation matter.

Since 2012, immigration judges have been using a practice of “administrative closures” to suspend certain deportation cases indefinitely, avoiding the need to actually rule on them. The practice effectively closes these matters, leaving the immigrant without a formal status but with a measure of security that they would not be deported while they continued to work on obtaining legal status. Between October 2011 and September 2017, over 215,000 cases were administratively closed. In January 2018, Attorney General Jeff Sessions directed the Board of Immigration Appeals (BOIA) to refer a matter to him that had been put on administrative hold in order to review the authority of administrative judges and the Board to administratively close cases in this manner.

In the Matter of Castro-Tum, Attorney General Jeff Sessions issued an order declaring that “immigration judges and the Board do not have the general authority to suspend indefinitely immigration proceedings by administrative closure,” overruling the BOIA’s decisions in several matters. Sessions ruled that judges “may only administratively close a case where a previous regulation or a previous judicially approved settlement expressly authorizes such an action,” rather than at their discretion, as they previously had been doing. Justice Department spokesman Devin O’Malley stated that this process of putting immigration cases “out of sight, out of mind . . . effectively resulted in illegal aliens remaining indefinitely in the United States without any formal legal status.”

The decision raises uncertainty as to the status of the thousands of matters currently on administrative closure. Critics of the move claimed that this decision eliminates a useful tool that had kept immigration courts from becoming inundated with a backlog of cases. The decision suggests that all of these matters should be reopened and prosecuted, regardless of the wishes of the immigration judge or the BOIA. Attorney General Sessions, however, admitted that “recalendaring all of these cases immediately . . . would likely overwhelm the immigration courts” and thus stated the cases could remain closed unless the Department of Homeland Security “or the respondent requests recalendaring.”

If you are potentially facing deportation or have questions about applying for legal status, contact the compassionate and professional Queens immigration lawyers Gladstein & Messinger P.C. at 718-793-7800.