Immigration Experts Weigh in on Whether “Anchor Babies” Are Truly Anchors 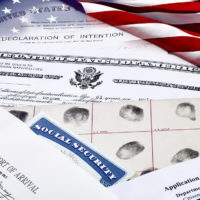 Republican presidential candidates have made immigration one of their most heavily-covered topics over recent weeks. Candidate and real estate mogul Donald Trump has gained a great deal of attention for his newly-released plan to reform the immigration process, should he be elected, which would include the deportation of 11 million undocumented immigrants and repeal of the 14th amendment to the U.S. Constitution. While other republicans have stated their disagreement with Trump’s extreme stance, there is widespread agreement among the candidates that using an “anchor baby” to gain access to the rights of citizenship is a serious problem for the US. However, several leading experts on immigration have recently come forward to say that so-called “anchor babies” are not the cake walk to citizenship that these candidates seem to believe.

Aside from being an offensive phrase that dehumanizes both the child and their parents, “anchor baby” is a misleading term. When a woman who is not in the US legally gives birth to a child on American soil, that child is an American citizen. The path to American citizenship for that child’s mother, however, remains long, and in some ways even longer than if the woman had given birth in her home country. A child born to non-citizen parents can apply for a visa for their parents upon turning 21 years old. The wait for approval of that visa application will last even longer. The mere fact that the mother was in the United States illegally when she gave birth will lead to the imposition of additional time penalties, depending on how long the woman was in the US. Were the mother to have been in the US for more than 180 days but less than a year, the minimum penalty would be three years, but if her stay was over a year, the penalty would more likely be ten years.

It is uncommon for visas to be approved for persons entering the country illegally who applied after giving birth to a child, unless extraordinary circumstances apply. One example would be a grant to the parent of humanitarian parole where a citizen child was seriously ill or disabled, such that full-time care from a parent was necessary, or where the care that a child needed was unavailable in the parent’s home nation. Even under these circumstances, the parole is brief, and only rarely offered. In 2013 alone, the US deported over 72,000 parents of citizen children, and as of 2011, there were roughly 5,000 children in either foster care or state custody after their parents were deported. Little evidence supports the theory that a disproportionate number of pregnant women attempt to cross into the US illegally in order to obtain legal citizenship for their future child; Arizona reported that a mere 2% of babies born there in 2010 were born to parents who were present illegally.

Even under extraordinary circumstances, immigration to the US is arduous and complex. Contact an attorney who understands the immigration process and can offer you guidance on your immigration questions. Call the Queens immigration attorneys at Gladstein & Messinger P.C. for a consultation on your claims, at 718-793-7800.