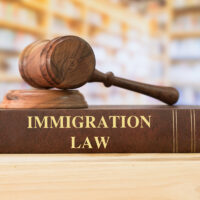 Immigrant rights activists scored a victory recently when a federal judge dismissed a lawsuit targeted at New York’s law permitting the state to issue driver’s licenses to undocumented immigrants.  Read on for details about the law and the decision, and contact a compassionate New York immigration lawyer for help with any immigration matter.

On June 17, 2019, New York governor Andrew Cuomo signed into law a bill that would permit undocumented immigrants to apply for and receive New York State driver’s licenses.  When the law goes into effect, immigrants will be able to use valid, foreign-issued documents, such as passports, to prove their identity and apply for driver’s licenses.  Proponents of the “Green Light Law” argued that it would improve safety on New York roads by ensuring that New York’s estimated 265,000 undocumented immigrants are properly trained and licensed before driving.  The measure is also expected to help those immigrants better integrate into the state’s economy and society.

Proponents, including Governor Cuomo, worked to ensure that the law would protect driver’s license applicants from adverse consequences.  Governor Cuomo initially feared, for example, that applications could be used to build a database for federal immigration officials to track down undocumented immigrants.  The law was slated to go into effect this December, but a lawsuit brought by an Erie County clerk threatened to derail implementation of the new law.

The federal judge reasoned that the county clerk’s fears about potential harm he may face in complying with the law are too speculative.  The judge found that he faced no actual, imminent harm as a result of the driver’s license law, and thus he alleged no actual injury.  Without a legally cognizable injury, he is not a proper plaintiff to challenge the law.  The plaintiff only established that he disagreed with the law, not that he had an actual reason to challenge the law’s implementation.

Opponents of the law emphasize that the court here dismissed the case on procedural grounds rather than on the merits of the law.  If a proper plaintiff comes forward, the New York statute may still be challenged based on allegedly conflicting federal law.  Additionally, another challenge brought by a Republican county clerk in Albany is still working its way through the courts.  The Green Light Law is set to go into effect on December 14, 2019.

If you have questions or concerns about applying for a driver’s license or asylum, your citizenship or visa status, or any other immigration issue, contact the compassionate and knowledgeable Queens immigration lawyers at Gladstein & Messinger at 718-793-7800 or toll-free at 800-339-0535.