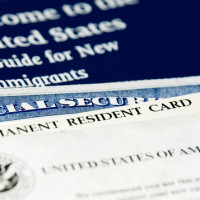 On June 5th, the Department of Homeland Security (DHS) announced renewal of Deferred Action for Childhood Arrivals (DACA). DACA grants temporary legal status to certain undocumented immigrants who arrived in the U.S. before they turned 16 years old. Individuals granted deferred action will not be subject to deportation for a two-year period, during which time they can continue to live and work and go to school in the U.S. without fear of detention or removal.

With the recent renewal of DACA, current Deferred Action holders can apply to renew their status for another two-year period, and the program will remain open to new applicants who qualify as well. Deferred Action is available to individuals who entered the U.S. before they were 16 and who meet the following requirements:

Individuals must be at least 15 years old to apply for Deferred Action unless they are presently in removal proceedings or are under a final removal order of voluntary departure order and are not in immigration detention.

Deferred Action was first announced on June 15, 2012. It is estimated that around 1.7 million people are eligible for Deferred Action, although only 560,000 have been granted temporary legal status so far. According to a press release announcing the process for DACA renewal, individuals applying to renew Deferred Action should submit their request at least 120 days before the expiration of their current period of deferred action, in order to avoid a lapse in the period of deferral and employment authorization.