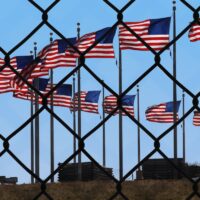 Deferred Action for Childhood Arrivals (DACA) is a program put into place by former President Obama that shields immigrants from deportation if they were brought to the country at a young age. President Donald Trump has made it a mission to end the program during his term, and DACA opponents have continued these efforts despite several significant losses in court. During the summer of 2020, the Supreme Court rejected the administration’s effort to unilaterally shut down the program without appropriate process. On December 4, 2020, a federal judge in New York went further, ordering the U.S. Department of Homeland Security (DHS) to fully reinstate DACA. Despite their losses and the fact that a new administration will take the reins in just a few weeks, the challenges to DACA continue. Read on to learn about the latest development in the war on DACA, and speak with a qualified New York immigration lawyer for help with any green card, citizenship, visa, or other immigration status issues.

In light of the recent order from the federal judge in New York, United States Citizenship and Immigration Services (USCIS) posted a notice on its website that it would begin accepting new DACA applications and advanced parole applications from current DACA recipients. Despite the recent court orders and the compliance of USCIS, DACA opponents continue to soldier on with their challenges. A federal judge in Houston considered yet another bid to end DACA on December 22.

U.S. District Court Judge Andrew Hanen heard arguments in a case brought by a coalition of states, led by Texas, asserting that DACA is not constitutional. In this case, the states argue that President Obama exceeded his constitutional authority when he unilaterally created DACA in 2012. The states claim that they will face irreparable harm if the program is allowed to continue, through extra costs for healthcare, education, and law enforcement protection benefiting DACA recipients. Both sides are asking the court to grant summary judgment and end the case as a matter of law for their side.

This case is different than President Trump’s challenge. The administration’s case turned on whether the President had the authority to unilaterally end DACA. The Texas case concerns whether DACA itself is constitutional. The same district court judge previously rejected an effort by Texas to end DACA in 2018, ruling that the states had waited too long to challenge DACA’s constitutionality and that ending the program at that point would be contrary to the best interests of the public.

According to federal government statistics, as of June 2020, there were 645,000 DACA beneficiaries in the country, including 104,6000 in Texas. According to the Center for American Progress, a public policy research and advocacy organization, over 200,000 DACA recipients are pandemic frontline workers, including approximately 29,000 health care workers. It remains to be seen whether the Texas court will issue a final ruling before President-Elect Biden is inaugurated on January 20, whether progressives will take control of the Senate at that time, and what changes to DACA the new administration may bring.

If you or a loved one could benefit from DACA, please contact the seasoned and effective DACA attorneys at Gladstein & Messinger at 718-793-7800 or email us at queensimmigration@gmail.com to schedule an appointment.