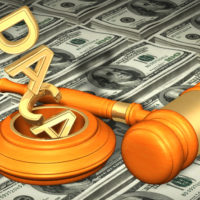 The Trump administration has recently announced that it will be discontinuing the Deferred Action for Childhood Arrivals (DACA) program, and that the US Congress has six months in which to enact a replacement to the existing system. Read on to learn more about what that means to those who arrived in the US as children, and the effects of the program as it has existed so far.

What happens now to DACA enrollees

According to US Attorney General Jeff Sessions, who announced the policy change, DACA will be phased out over the course of the next six months. DACA participants who have recently renewed their application will have up to two years to remain in the US, but as of now, no new applications or renewal applications are being accepted. Unless Congress creates a replacement for the program, which protects these individuals who arrived in the US as children from deportation, they may be forced to leave the country. Working DACA enrollees may be faced with immediate termination, and DACA beneficiaries who are obtaining a university education may be forced to drop out, once their status as a DACA beneficiary is terminated.

DACA, enacted as an executive order in 2012, provides protection from deportation for some 800,000 individuals who entered the country illegally as children. The program provides temporary work visas to these individuals, in exchange for them registering with the federal government and, if applicable, registering with the Selective Service. About 91% of DACA recipients are currently working.

The program is widely supported by the nation at large, with 80% of registered voters and 72% of Republican voters expressing support for allowing DACA participants to remain in the country or be provided a path to citizenship. Experts estimate that DACA participants earn about $30 billion a year in income, providing a substantial benefit to the nation’s economy. Additionally, these individuals are unable to collect welfare benefits, but since their income is taxed, they provide support to those who do collect federal benefits. According to the Center for American Progress, up to 1,400 DACA recipients will lose their work permits each day as they expire and become non-renewable, resulting in a loss of about 30,000 participants in the US workforce each month. This could cost American employers about $3.4 billion in employee replacement costs.

If you are in need of skilled, dedicated, and effective legal representation in New York on an application for citizenship, permanent residence, or a temporary visa, contact the Queens immigration attorneys at Gladstein & Messinger for a consultation on your case, at 718-793-7800.