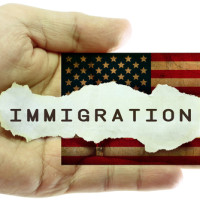 The United States’ Fifth Circuit Court of Appeals has issued a decision upholding the stay put in place by a lower District Court. This action, while not a decision on whether the Obama Administration acted illegally in creating the new immigration policies, puts a hold on the implementation of those policies until a decision regarding their legality goes into effect. The revised immigration policies now on hold would have permitted unauthorized immigrants over 30 years of age who largely grew up in the US, as well as parents of US citizens and legal residents, to apply for deferred action and work permits. Persons under 30 who moved to the US as children or teenagers remain eligible to apply for deferred action.

The lower court based its decision on issuing the stay on the fact that the Obama Administration hadn’t followed appropriate procedure on issuing new federal regulations. When a new federal regulation is enacted, it must first go through a “notice and comment” period, offering notice of changes to federal policy to the public by publishing the changes in the Federal Reporter, and allowing the public to comment on the revised rules for a certain period of time. The Obama Administration countered that, since the changes were not new federal regulations, and only a general statement of policy, this process should not apply.

The 26 states bringing the case, containing approximately 2 million unauthorized immigrants among them, argue that they have a right to sue the federal government over these policies because they will be harmed by the revised eligibility for deferred action. They claim that unauthorized immigrants create a large burden on the states by forcing the states to pay for their public education and emergency health services.
The lower court judge who enacted the injunction barring the policies from going into effect limited his decision regarding whether or not the states could legally sue to a finding that one of the 26 states would experience measurable harm should the policies go into effect. The judge ruled that, since Texas would have to pay out millions of dollars to provide drivers’ licenses to successful deferred action applicants, that state would experience irreparable economic harm if the policies went into effect before a decision was made on their legality. While the Obama Administration argued that this limited ruling should mean that the stay should only affect Texas, the Fifth Circuit did not appear to be swayed, and the stay remains in place nation-wide.

The Obama Administration has decided to not appeal the continuation of the stay with the U.S. Supreme Court. The administration instead intends to focus its efforts on winning the case which is slated to go to a hearing in July.

The process of becoming a lawful permanent resident or US citizen is long and confusing. The current shifts in immigration policy make this process even more confusing than before. Find immigration legal help you can trust to advise you of how best to succeed in your immigration application. Contact New York immigration lawyers Gladstein & Messinger for legal guidance you can trust, at 718-793-7800.