Can I Return to the US After Being Deported? 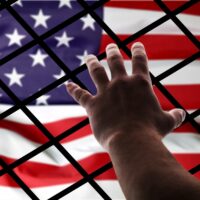 Deportation from the United States is not only disruptive to a person’s life and livelihood; it can also carry additional, long-term consequences. If you are deported for one reason or another, does that mean you are permanently banned from the country? Does deportation prevent you from ever obtaining legal status or citizenship? To learn about returning to the US after deportation, read on. Call a knowledgeable New York immigration lawyer for help with deportation defense, green card, citizenship, visa, or other immigration status issues.

Under limited circumstances, a noncitizen may be able to re-enter the country before their allotted time restriction has concluded. The noncitizen will need a standard legal pathway for entering the country–for example, sponsorship by an employer or family member, or a student visa. Before applying for the visa or green card, the noncitizen will first need to apply for a waiver that essentially “forgives” the previous removal order. The waiver grants the noncitizen permission to reenter the U.S. with their new green card or visa.

Certain minimum time limits may still apply. If the noncitizen was subject to a 20-year ban, they cannot apply for re-entry for at least 10 years.

If you are seeking reentry, asylum, protected status, citizenship or permanent residence status for yourself or a loved one, or if you are facing any issues with your immigration status, contact the dedicated and passionate Queens immigration lawyers Gladstein & Messinger at 718-793-7800 or toll-free at 800-339-0535.